When Ford Motor Company introduced the 90-degree Fairlane V-8 in 1962, not many of us understood the great potential of this engine. In its original form as a 221ci V-8, it had a 3.50- inch cylinder bore with a 2.87-inch stroke. That same year, Ford also offered an optional 260ci small block with a 3.80-inch bore and the same 2.87- inch stroke. Both of these engines had the same 2.87-inch stroke 1M cast-iron crankshaft and C3AE, 5.153-inch long (center-to-center) connecting rod forgings. Both engines were fitted with Autolite 2100 two-barrel carburetors and single-point distributors with vacuum spark advance.

This Tech Tip is From the Full Book, HOW TO BUILD BIG-INCH FORD SMALL BLOCKS. For a comprehensive guide on this entire subject you can visit this link:

In 1963, Ford pumped up the bore size to 4.00-inches to create the 289ci small block. The 289-2V V-8 was a hardy engine, long on power potential and reliability. Fitted with the same 1M cast crank as the 221 and 260, the 289 also had the same C3OE rods. Also in 1963, Ford introduced the 289 High Performance V-8, a more powerful version of this engine that produced 271 horsepower. It featured a mechanical high-performance camshaft, Autolite dual-point distributor, Autolite 4100 four-barrel carburetion, and special cylinder heads. What made this engine unique was its aggressive camshaft and dual-point distributor, designed to enable this engine to reach 6,000 rpms. Hi-Po-specific cylinder heads also provided better valvetrain stability at high revs.

This is the 260-2V small-block V-8 in stock form. Introduced in 1962, the small Fairlane V-8 became a legendary performer.

For 1968, Ford stroked the smallblock 0.13-inch, raising the displacement to 302ci to compete with Chevrolet’s 307ci small block. The 302 had the 289’s 4-inch bore with a longer 3.00-inch stroke. The longer stroke came as a result of a 2M crankshaft with a 3-inch stroke, shorter C8OE connecting rods at 5.088-inches long. The 302 used the same piston as the 289. The 302 also had a revised block with longer cylinder skirts (.015-inch longer) to improve piston stability at the bottom of the bore. This block was actually introduced in mid-1967. Quite a few 1967 289ci engines were produced using the C8OE 302 block casting. This means the 302 block can easily be used with 289 internals. We suggest avoiding the use of 302 internals in a 289 block, however.

The 302ci small block has continually evolved since its introduction in 1968. Beginning in 1985, Ford redesigned the 302 block to accommodate hydraulic roller tappets. Meatier connecting rods and a high-nodular iron crankshaft have been the key to solid reliability. Cylinder heads continue to suffer from modest port sizing, which is why aftermarket heads tend to be preferable to factory iron. 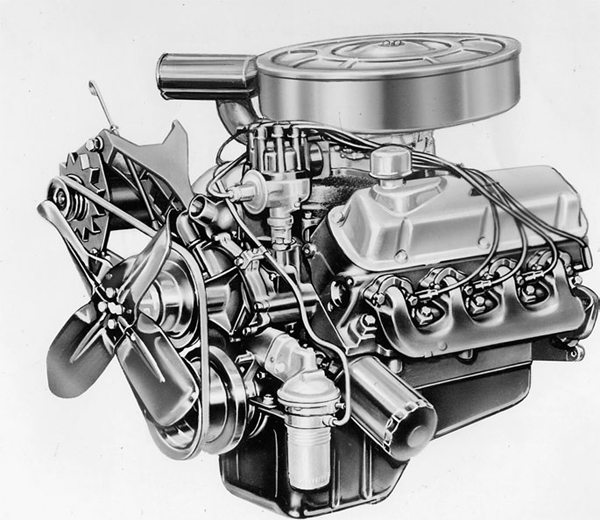 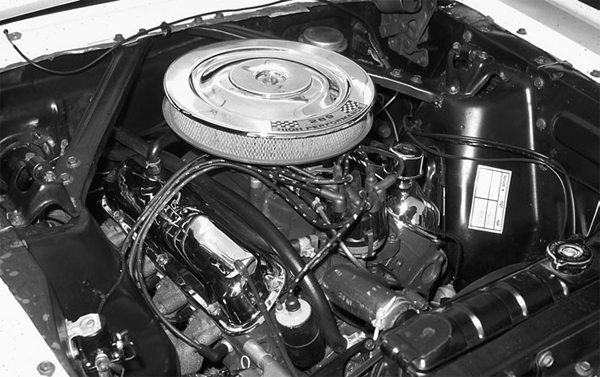 For 1970, Ford introduced another type of 351ci small-block V-8, called the 335-series engine, with a different block casting and crankshaft, larger cylinder heads, and a dry intake manifold. The objective of this engine was to produce more torque and horsepower via its large-port cylinder heads. It was a heavier engine than the 289/302-based small blocks. Enthusiasts came to know the 335-series 351ci V-8 as the small block that acted like a big block. It made boatloads of torque and became popular with drag racers. It was in production just four short years – 1970-1974.

When Ford introduced 351ci in two different engine families for 1970, this created an identity problem. To quickly identify the two engines displacing 351ci, Ford called the 289/302- based 351ci engine the 351 Windsor (351W), named for its engine foundry and manufacturing plant in Windsor, Ontario, Canada across the Detroit River from Detroit, Michigan. The 335- series engine would be named the 351 Cleveland (351C), also named for its foundry and plant in Northeastern Ohio. Although we call the 289/302 “Windsor” small blocks, they were also cast and manufactured in the Cleveland Engine Plant. “Windsor” is a designation Ford applied to the 351ci engine only, never the 221/260/289/302. 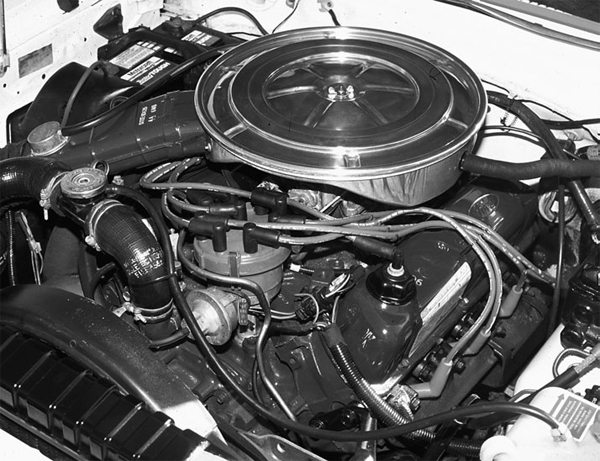 In 1972, Ford revised the 335-series engine family to conceive the 400ci Midland (also known as the “Modified” in some circles) V-8. The 400 Midland (400M) was a raised deck 335- series engine with a four-inch bore and four-inch stroke. It was conceived to replace the FE-series 360 and 390ci big blocks, although these engines remained in production until 1976. The 400M also had a 385-series Ford bigblock bellhousing bolt pattern, unlike the 351C’s small-block pattern.

In 1975, Ford dropped the 335- series 351C engine and destroked the 400 to 351ci to simplify production and reduce costs. The 351M is not a suggested engine project platform because it is decidedly heavy, with not much brawn. Don’t get the 351M confused with the 351C, which is clearly the better 351 to build.

The 351C, 351M, and 400M all use the same cylinder heads. The 351C-2V head is the same casting used on the 351M and 400M. For street use, this is a good cylinder head because compression is conservative, as is port size. Conservative port sizing is what makes the 351C-2V head more desirable for street use where we need good low-end torque. The 351C-4V head has huge ports designed for high-RPM use. But these heads make little sense for street use, since their low-end torque is poor. The best 351C head was cast in Australia, with the 351C-2V intake and exhaust ports, yet with the closed wedge chamber common to the U.S. 351C-4V head. These heads are available in the United States from a couple of sources, but they don’t come cheap.

Written by George Reid and Posted with Permission of CarTechBooks 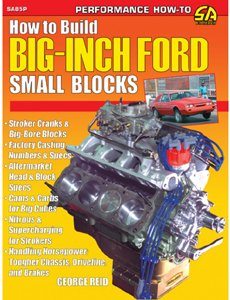 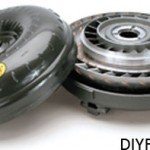 Torque converters are probably the most misunderstood component in an automatic transmission, yet they’re the simplest in both theory and function. Think of a torque converter like a water wheel in an old saw mill: the waterwheel is driven by fluid … END_OF_DOCUMENT_TOKEN_TO_BE_REPLACED 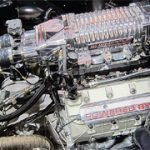 In this chapter I cover the common engine swaps for first-generation Mustangs that increase performance potential. My philosophy is “There’s no replacement for displacement” when it comes to increasing performance, but the key is how you get it. I … END_OF_DOCUMENT_TOKEN_TO_BE_REPLACED 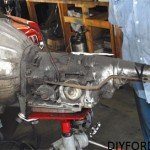 Although I focus great attention on how a transmission is built, installation and proper adjustment after the unit is installed are just as important to durability and longevity. To get longevity and durability, a transmission must be properly … END_OF_DOCUMENT_TOKEN_TO_BE_REPLACED

Because the Modular V-8 has so many different applications, it is impossible to detail all the removal and installation specifics here. However, I can touch on what you can expect across a broad range of Ford, Lincoln, and Mercury applications. Gone … END_OF_DOCUMENT_TOKEN_TO_BE_REPLACED 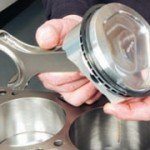 There are two Cleveland engine builds for you here: one from Trick Flow Specialties and another from Hot Rod magazine contributor Jeff Huneycutt of www.horsepowermonster.com. Each of these builds shows what can be done with both the 351C and 400 … END_OF_DOCUMENT_TOKEN_TO_BE_REPLACED 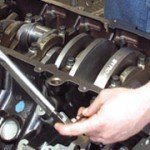 Once you have disassembled the engine, selected the best parts, and finished the machine work, it may seem as if the toughest part of a rebuild is over, but it isn’t. As with every other aspect of a Modular engine rebuild, the assembly is challenging … END_OF_DOCUMENT_TOKEN_TO_BE_REPLACED 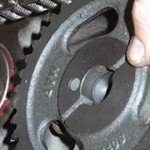 Cylinder Numbers and Firing Order / Torque Sequences This Tech Tip is From the Full Book, HOW TO REBUILD THE SMALL-BLOCK FORD. For a comprehensive guide on this entire subject you can visit this link: LEARN MORE ABOUT THIS BOOK … END_OF_DOCUMENT_TOKEN_TO_BE_REPLACED 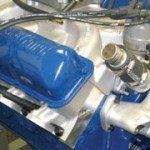 The FE Ford engine was released into production in 1958. The earliest applications included use in the short-lived Edsel program. The FE was not a replacement for the Y-block; it was a larger companion to an engine family sharing some design … END_OF_DOCUMENT_TOKEN_TO_BE_REPLACED 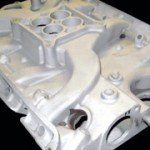 Ford FE intake manifolds are unique to this engine family, and instantly recognizable when compared to any other engine’s parts. One third of the valve cover extends over the intake casting, and the pushrods run through cast or machined passages in … END_OF_DOCUMENT_TOKEN_TO_BE_REPLACED 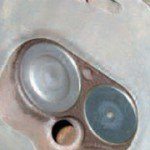 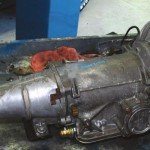 It’s good to have a source to guide you when you’re struggling with troublesome transmission function. You can be methodical and cover all the bases during a rebuild and still things can go wrong. This is where a step-by-step approach to the problem … END_OF_DOCUMENT_TOKEN_TO_BE_REPLACED 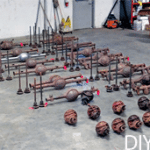 Before you embark on the rebuild and start scouring local scrap yards and online websites, it will be helpful to understand what to look for and what to avoid in these axles. First, you need to understand some fundamentals of the Ford axles to help … END_OF_DOCUMENT_TOKEN_TO_BE_REPLACED 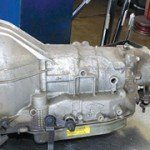 Ford’s AOD evolved into a highly successful mechanically modulated transmission from its 1980 introduction until production ended in 1991. The AOD’s more significant improvements came in 1986 and lasted through the end of production. Ford developed … END_OF_DOCUMENT_TOKEN_TO_BE_REPLACED

Although transmission installation and adjustment appears straight-forward, you should take an orderly, methodical approach to ensure success. You’re either swapping in an AOD, AODE, or 4R70W, or you’re removing and reinstalling one. Size up the job … END_OF_DOCUMENT_TOKEN_TO_BE_REPLACED 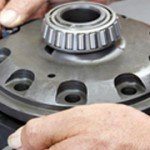 This is where you combine the assembled differential with the gear case and hypoid gears. Plus, you also add the necessary bearings, seals, and shims. You can purchase individual pieces or a complete kit that includes everything that you … END_OF_DOCUMENT_TOKEN_TO_BE_REPLACED 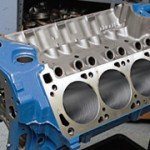 There has always been some confusion when it comes to Cleveland block identification. The 351C block castings, despite different casting numbers, are all basically the same casting and can all be converted to four-bolt main caps with help from a … END_OF_DOCUMENT_TOKEN_TO_BE_REPLACED 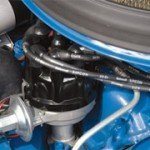 Adjusting ignition timing must be performed with a timing light with an accurate harmonic balancer. Be sure your harmonic balancer has its timing marks properly indexed. You’d be surprised how many times you get it wrong using a worn-out balancer or … END_OF_DOCUMENT_TOKEN_TO_BE_REPLACED 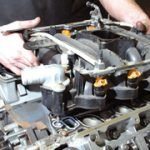 Parts selection is one of the most important elements of engine building because all parts must operate in concert with one another. Never has this been more crucial than with Ford’s Modular V-8 because of the many variations produced since 1991. You … END_OF_DOCUMENT_TOKEN_TO_BE_REPLACED 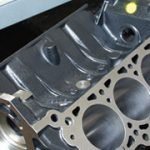 When Ford introduced the 4.6L single overhead cam (SOHC) “Modular” V-8 in 1991 in the Lincoln Town Car, it took Ford enthusiasts by surprise because it was unlike any other Ford V-8 ever made. It wasn’t like the classic FE-Series 427 SOHC V-8 that … END_OF_DOCUMENT_TOKEN_TO_BE_REPLACED 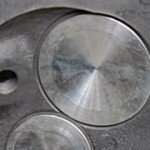