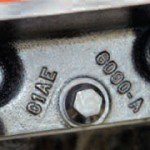 Ford big-blocks didn’t struggle as much with cooling problems as their small-block brethren, because these larger engines were fitted with more adequate cooling systems, often in larger vehicles, with better airflow through the grille. Their mission was understood right from the start by Ford engineers. Good cooling comes from capacity, a large-enough radiator to handle […] 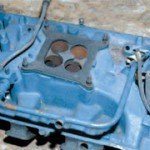 Exhaust systems remain an area of interchange with the most performance potential. Ford big-blocks are no exception to this time-proven rule. If restoring to stock, then your answer is clear. You need stock exhaust manifolds and a stock exhaust system. Sometimes your goal falls somewhere between stock and modified, in an area called “restomod,” which keeps […] 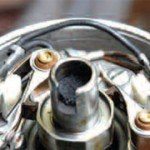 Big-block Ford ignition, starting and charging systems aren’t any different than the small-block systems already addressed earlier. All standard Ford big-block engines, ranging from the 332 to the 460, were equipped with a single-point Autolite or Motorcraft distributor equipped with  vacuum and centrifugal advance. From 1958–1974, these distributors didn’t change much, with the exception being […] 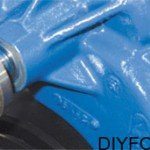 An engine’s induction system offers the greatest potential for performance revisions. Both Ford big-blocks (FE- and 385-series) yield an array of performance options. Ford’s FE-series bigblock, for example, likely has more intake manifold and carburetor choices than any other Blue Oval powerplant. There are seemingly dozens of iron and aluminum intakes available. In performance pursuits, […] 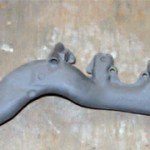 Ford big-block engines enjoy a wealth of available cylinder heads designed for performance use. It is common knowledge that Ford engineers struggled a great deal when it came to port sizing. Ports were typically too large or too small, with not much in between, when Ford was at its performance peak. Large ports worked exceedingly […] 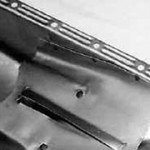 Few engines have ever gone through the wide range of oilingsystem design changes the Ford FE has. All of the critical information follows in this chapter, which also includes some hot rodders’ tricks for improved lubrication.   FE Series Ford’s FE-series big-blocks went through the most extensive oiling system changes of any Ford engine ever […]

Once you begin to understand the workings of the FE-series big-blocks, it becomes easier to match the right components for mighty impressive performance. The beauty of the FE is its interchangability and simple dimensions throughout. All FE crankshafts have 2.7488-inch main and 2.4384-inch rod journals. This makes crank swapping a breeze. The only hangups are the […] 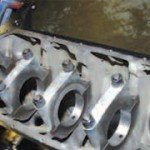 The FE engine family evolved from relatively primitive roots to world-beater status in its first few years of existence. Knowing whether you’ve just found a pedestrian 332-ci block or a rare 427-ci unit takes some special knowledge. Selecting and identifying the best possible block for your application is a critical step, and this chapter will […]

The Ford big-block story centers around two primary engine families: the FE-series, and the 385-series engines. There is also the MEL-series big-block (Mercury- Edsel-Lincoln, displacing 383, 430, and 462 ci), which is not covered here because it is not a performance engine. Similar in design to the 385-series big-block, the “MEL” was primarily a Lincoln […]

Many don’t think about the cooling system until it’s too late. But the cooling system is one of the first areas that need to be considered because it is an engine’s life insurance policy. Ford engines have always struggled with cooling problems due mostly to factory radiators that weren’t large enough for the task. Smallblocks […]